Changes to Minimum Level of Energy Efficiency in Rented Property

The letting of residential property which has an EPC in Band F or G is prohibited after 1st April 2018, or the continued letting of such property after 1st April 2020, under current regulations.  Under this legislation a landlord is able to apply for an exemption to continue to rent out a band F or G property in a number of situations, including where improvements involve a cost to the landlord.  This was because it had been expected that grant funding would be widely available to fund energy efficiency measures.

With the collapse of the Green Deal there has been no incentive for landlords to carry out any works and so government has reviewed the current legislation.  It is now expected that during 2019 amendments will come into force which will remove the current ‘no cost to the landlord’ provision.  Instead the regulations will make a landlord liable for financial contributions capped at £3,500 towards the cost of energy efficiency improvements. Where exemptions have previously been lodged because there was a cost to the landlord, these will end in April 2020 and new exemptions will need to be applied for, which show that an expenditure of at least £3,500 has been made.  Included in the £3,500 cap are:

In addition a new ‘high cost’ exemption will be available where a substandard property cannot be improved to E for £3,500 or less.  This will require the submission of three installer quotes. 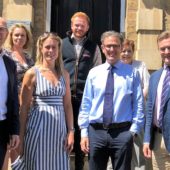 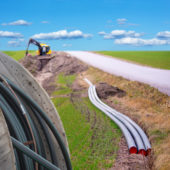 Beware Openreach Wayleave Agreements
This site adopts a very minimal use of cookies. To find out more click here